Sometimes users come across situation; where they cannot login to Sage 300 ERP (formerly Sage Accpac ERP) and get the following message “You have reached the maximum number of Concurrent users for your LanPak license”, while Login to Sage 300 ERP via terminal server.

1. License consumption in Sage 300: It denotes that the total licenses purchased are all being used and no more users can login, as no spare license is available.
2. On other hand, there might be a case where not all the users are logged in and still user gets the above message. Reason behind this could be the active user sessions on the terminal server.

Generally, users who log into the terminal server via RDC close the session directly instead of logging off properly. As user has not logged off properly the session is still active and Sage 300 user license is still being consumed even though user is not using the session.
To verify the same, users can check the Users tab on task manager of terminal server, which will provide them with the users list that is active or disconnected. If user were using the system then it would show status as ‘Active’ and if user has closed the session instead of logging off then it shows ‘Disconnected’ and if user Logs off the session properly then their name would not appear. 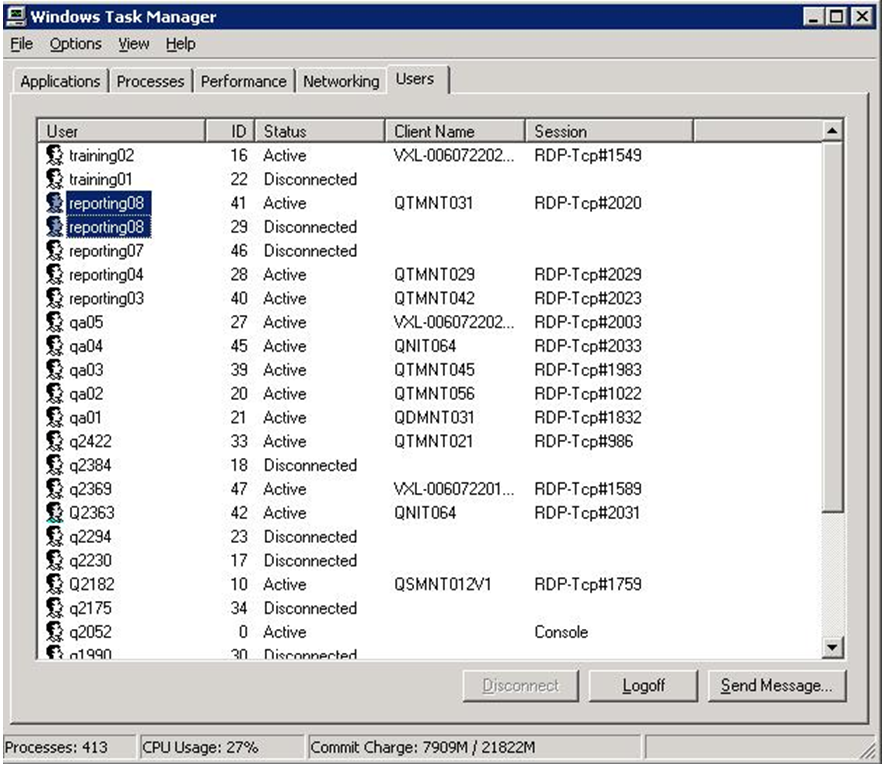 Further select the disconnected users and then log them off so that the consumed license becomes available for use.
Related Posts: